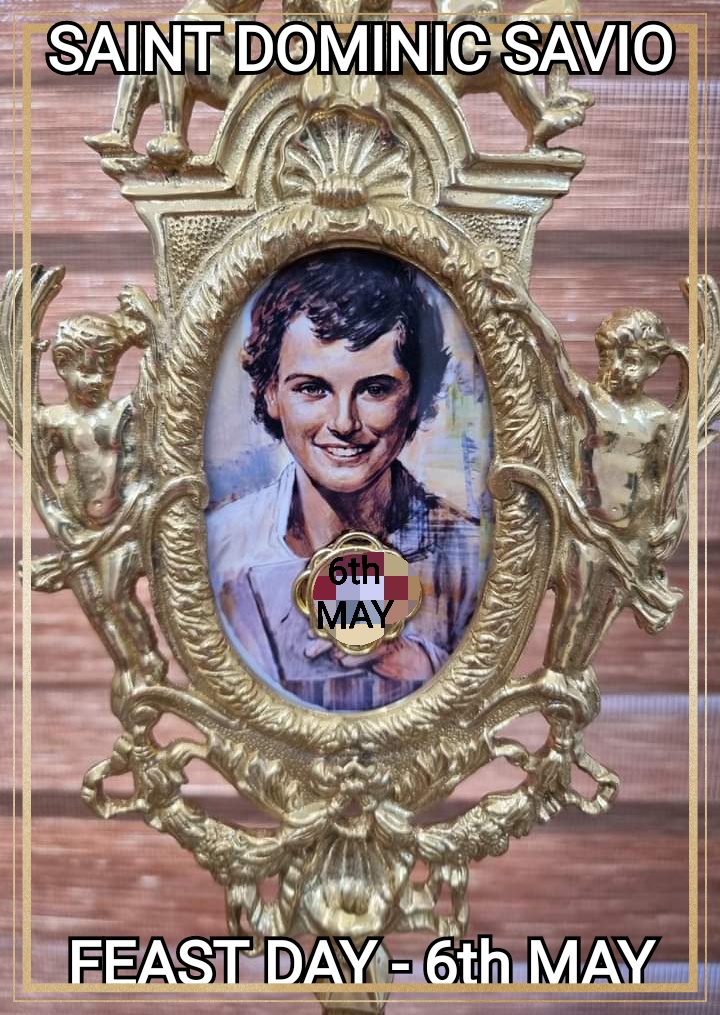 Dominic Savio (Italian: Domenico Savio; 2 April 1842 – 9 March 1857) was an Italian student of Saint John Bosco. He was studying to be a priest when he became ill and died at the age of 14. He was noted for his piety and devotion.

On April 2, 1842, in the village of Mondonioin, Italy, Dominic was born, a weak and frail baby, in a poor blacksmith’s family. The father rushed him to Church for baptism, fearing that his baby would not survive for long. Although he suffered poor health, the baby did survive and was filled with the love of God.

He was born in the village of Riva in northern Italy. His father was a blacksmith and his mother a seamstress. He had nine brothers and sisters. His family was poor but hardworking. They were devout and pious Catholics. 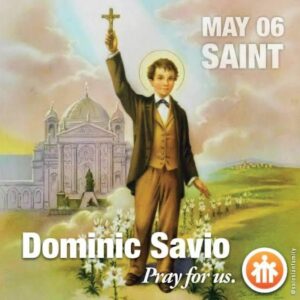 When he was just two years old, Dominic’s family returned to their native village of Castlenuovo d’Asti, (Today, Castlenuovo Don Bosco) near the birthplace of John Bosco. Bosco would himself later be canonized as a Saint by the Church and became a major influence on the life of Dominic.

As a small child, Dominic loved the Lord and His Church. He was very devout in practicing his Catholic faith. For example, he said grace before every meal and refused to eat with those who did not. He was always quick to encourage others to pray.

Dominic attended Church regularly with his mother and was often seen kneeling before the Tabernacle in prayer. He even prayed outside the Church building. It did not matter to Dominic if the ground was covered with mud or snow, he knelt and prayed anyway.

Dominic was quickly recognized as an exceptional student who studied hard and performed well in school. He became an altar server. He also attended daily Mass and went to confession regularly. He asked to receive his first communion at the age of seven. This was not the practice in the Church of Italy at the time. 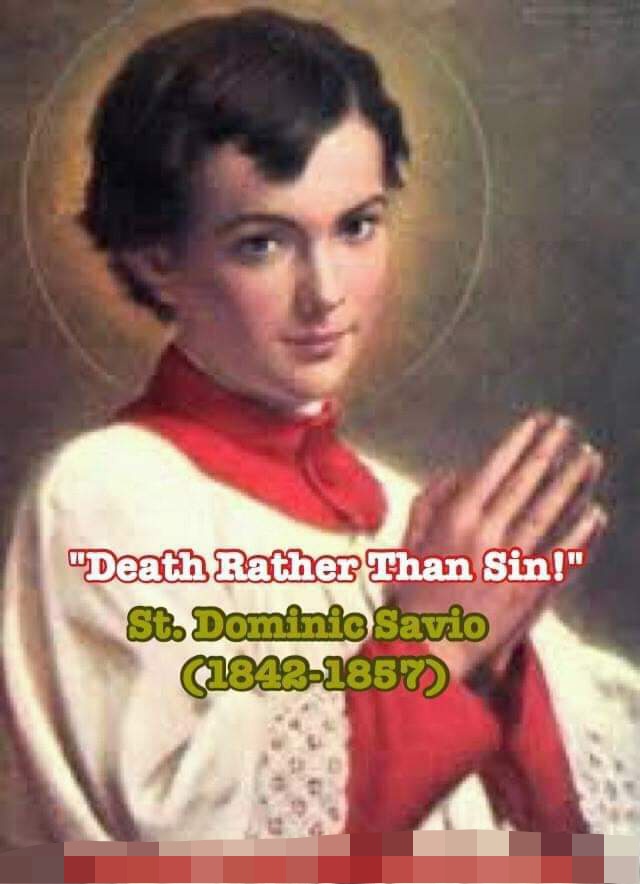 Normally, children received their first holy communion at the age of twelve. Dominic’s priest was so impressed with his intelligence concerning the faith, his love for the Lord and his piety that he made an exception. Dominic said that the day of his First Communion was the happiest day of his life.

On the Day he received his first communion, Dominic wrote four promises in a little diary. Dominic loved the Holy Eucharist. Rain or snow, he would attend Mass. His four promises were:
1) I will go to Confession and receive the
Holy Eucharist as often as I am allowed.
2) I will try to give Sundays and holy days completely to the Lord.
3) My best friends will be Jesus and Mary.
4) Death rather than sin.

The Parish Priest saw the young boy was deeply virtuous, so Dominic was allowed to receive his First Holy Communion at the age of seven. At the age of twelve, Dominic was sent by his Parish Priest to a school run by Don Bosco. This holy priest quickly recognised his saintly virtues and good behaviour.

“I can’t do big things but I want everything to be for the glory of God,” said Dominic. So, he made small sacrifices for God; never complaining about the weather or food, doing little odd jobs for the other students, and faithfully guarded himself from sin. Dominic gained the love and respect of all the boys and the priests as well. 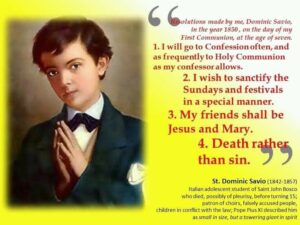 One day two boys were fighting with stones. Dominic held up a Crucifix and said “Throw your first stone at me.” One of the boys said, “But Dominic, you have never hurt me and you are my friend.” “You will not hurt me, a poor human, but will you, by your actions, hurt Jesus Christ who is also God?” asked Dominic. The boys hung their heads in shame and dropped their stones.

The young Dominic graduated to secondary school and walked three miles to school each day. He undertook this chore gladly. While walking to school on a hot day a farmer asked why he wasn’t yet tired. Dominic cheerfully replied, “Nothing seems tiresome or painful when you are working for a master who pays well.”

Although he was young, Dominic was clearly different than his peers. When two boys stuffed a school heating stove with snow and rubbish, the boys who were known troublemakers and were likely to face expulsion if caught, blamed Dominic for the misdeed. Dominic did not deny the accusation and he was scolded before the class.

However, a day later the teacher learned the truth. He asked Dominic why he did not defend himself while being scolded for something he did not do. Dominic mentioned he was imitating Jesus who remained silent when unjustly accused.

Dominic’s teacher spoke well of him and brought him to the attention of Fr. John Bosco, who was renowned for looking after hundreds of boys, many of them orphaned and poor. In October 1854, Dominic was personally introduced to Fr. Bosco – along with his father. 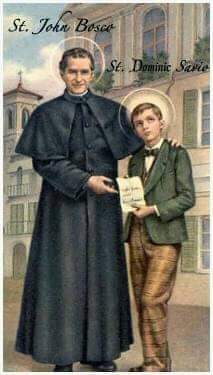 Bosco wanted to test Dominic’s intelligence and understanding of the Catholic faith. He gave Dominic a copy of The Catholic Readings, a pamphlet that dealt with apologetics. He expected Dominic to provide a report the next day, but ten minutes later Dominic recited the text and provided a full explanation of its significance. This solidified Bosco’s high opinion of Dominic.

Dominic expressed an interest in becoming a priest and asked to go to Turin to attend the Oratory of St. Francis de Sales. Fr. Bosco agreed to take him. At the Oratory, Dominic studied directly under Fr. Bosco. He worked diligently and always asked questions when he did not understand something.

He renewed his First Communion promises that he wrote in his little book at the age of seven. After six months at the Oratory, Dominic delivered a speech on the path to sainthood. In his speech, he made three outstanding points; it is God’s will that we ALL become saints, it is easy to become a saint, and there are great rewards in heaven for saints.

Dominic’s desire to become a saint troubled him however. He wondered how someone as young as he, could become a saint. In his zeal, he tried voluntary mortification and other voluntary penances, hoping that they would help him grow closer to Jesus and help him to be less concerned with his own needs. He made his bed uncomfortable and wore thin clothes in winter. 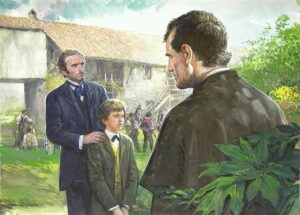 When Fr. Bosco observed these practices, he corrected Dominic. He explained that as a child, what he should do instead was to devote himself to his studies and to be cheerful. He discouraged Dominic from any more physical penances. Dominic’s happy demeanor quickly returned.

At the same time as Dominic was developing his reputation as a fantastic student, his health began to fail. He started to lose his appetite and Fr. Bosco became concerned. Dominic was taken to the doctor who recommended that he be sent home to his family to recover.

Dominic always reminded his classmates to go to Confession. He would not allow them to swear or curse while playing. Often he would invite them to make visits to the Blessed Sacrament or pray the Holy Rosary with him. At the age of just 15, Dominic contracted tuberculosis.

Dominic wanted to stay at the oratory, but Fr. Bosco insisted he go home. Everybody expected Dominic to recover, except for Dominic himself who insisted he was dying. Before he departed, Dominic made the Exercise of a Happy Death and predicted this would be his final devotion. 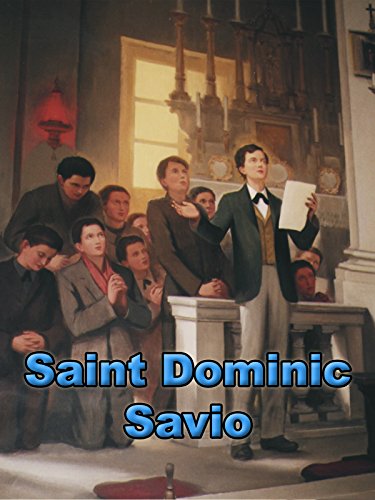 After four days at home, Dominic’s health worsened. The doctor ordered him to bed to rest. He then performed bloodletting, which was still performed at that time. Over the next four days, Dominic was bled ten times before the doctor was satisfied he would recover.

But Dominic was sure of his impending death. He implored his parents to bring the parish priest so he could make a last confession. They obliged him and Dominic made a confession and was given the Anointing of the Sick. He asked his father to read him the prayers for the Exercise of a Happy Death.

Then he fell asleep. Hours later he awoke and said to his father radiantly, “Goodbye, Dad, goodbye … Oh what wonderful things I see!” Dominic fell asleep and died within minutes. It was March 9, 1857 and Dominic was merely 14 year of age. His father wrote to Fr. Bocso, to report the sad news.

Fr. Bosco was powerfully touched by Dominic and he wrote a biography, “The Life of Dominic Savio.” The biography quickly became popular and would eventually be read in schools across Italy. As people learned about Dominic, they called for his canonization. He was declared a saint in 1954. 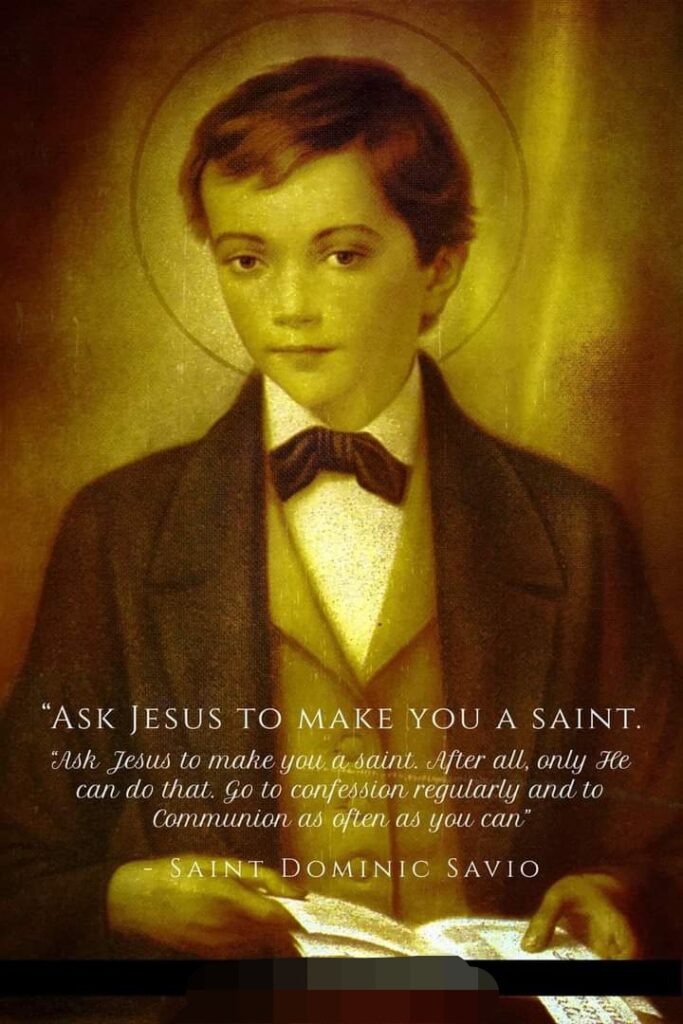 Detractors argued that Dominic was too young to be canonized and pointed out that he was not a martyr. However, Pope Pius X disagreed and opened his cause for canonization. Dominic Savio was declared venerable in 1933 by Pope Pius XI, beatified in 1950, then canonized in 1954 by Pope Pius XII.

Saint Dominic is the patron saint of choirboys, the falsely accused, and juvenile delinquents. His feast day is May 6, moved from March 9. Many schools and institutions dedicated to boys are dedicated to him. Today, May 6, is the feast day of St. Dominic Savio. 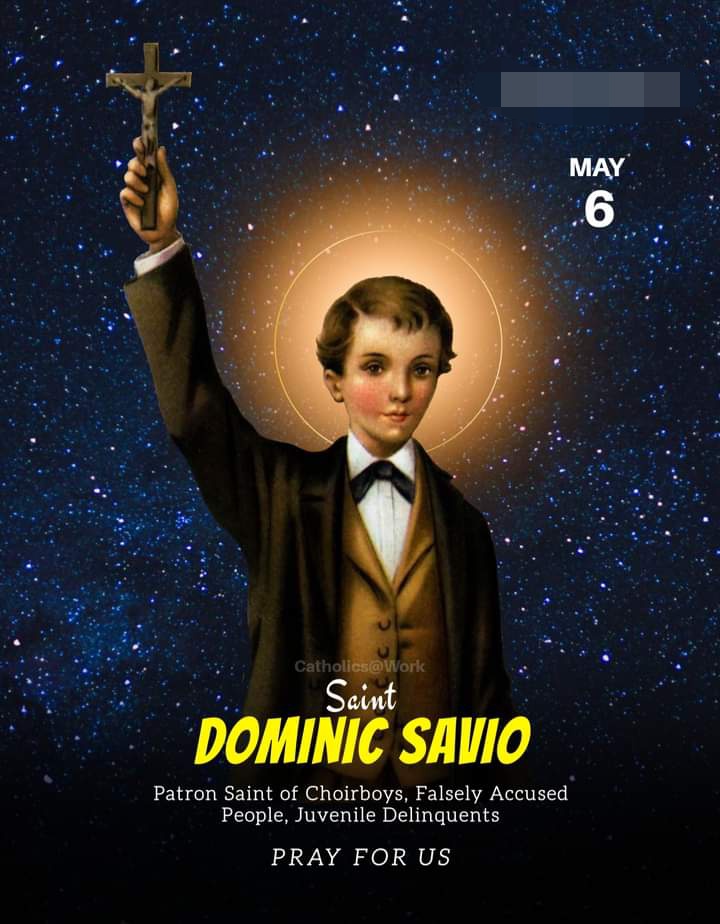 O Saint Dominic Savio, you who learned at the school of St. John Bosco to pass in holiness all the days of your youth, help us to imitate you in your love for Jesus, your devotion to Mary, and your zeal for souls.

Pray that we, too, by resolving to die rather than sin, may obtain our eternal salvation. Amen

St. Dominic Savio, pray for us. 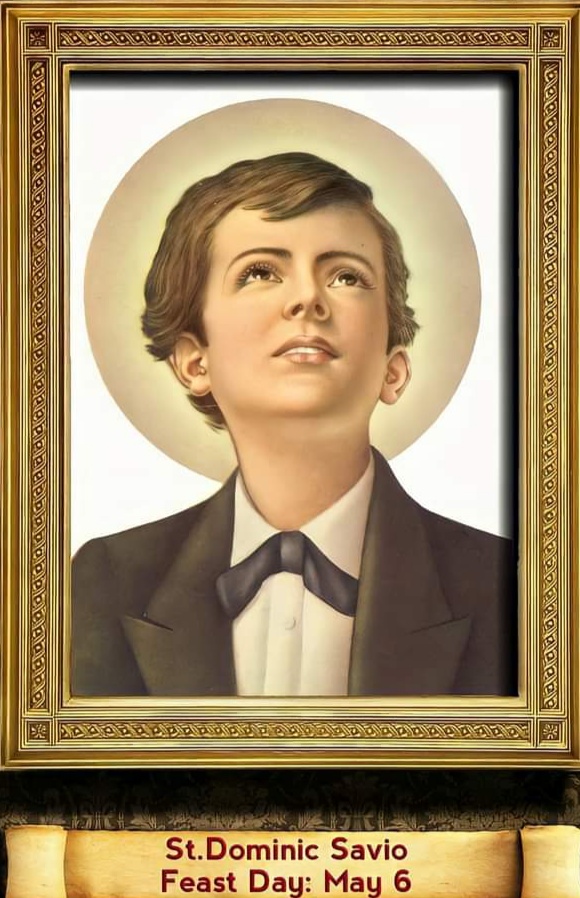