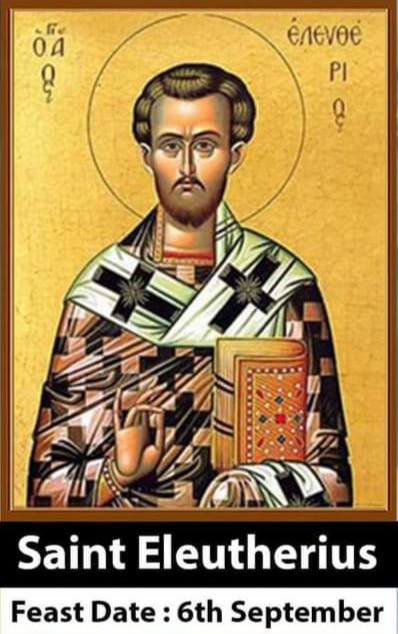 St. Eleutherius (d. 585 A.D.) was a monk living in Spoleto, Italy. Little is known of his early life. He became the Abbot of St. Mark’s Abbey and was well-known as a man of simplicity and penance. A wonderful simplicity and spirit of compunction were the distinguishing virtues of this holy man. He was chosen abbot of St. Mark’s near Spoleto, favored by God with the gift of miracles.

A child who was possessed by the devil, being delivered by being educated in his monastery, the Abbot said one day: “Since the child is among the servants of God, the devil dares not approach him.” These words seemed to savor of vanity, and thereupon the devil again entered and tormented the child. 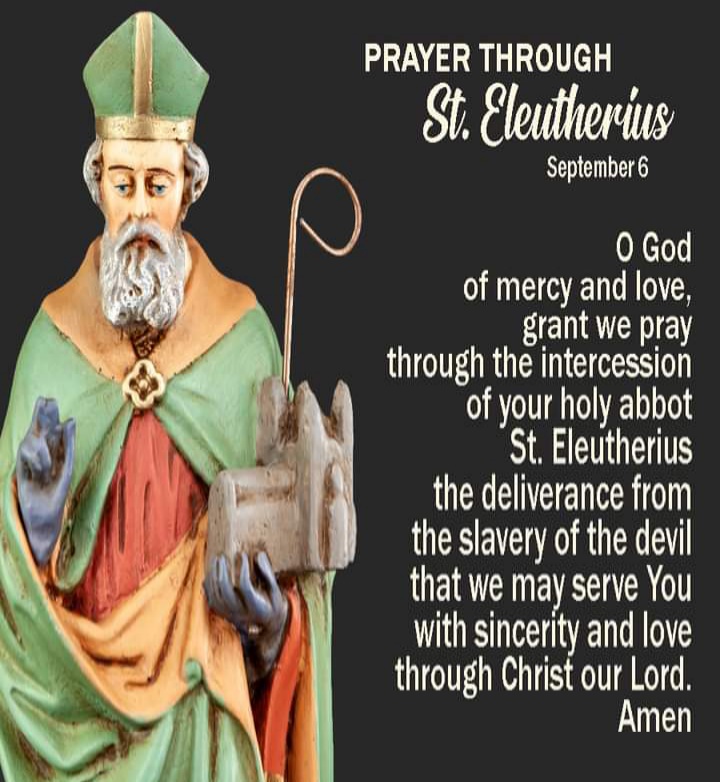 The Abbot humbly confessed his fault, and fasted and prayed with his whole community till the child was again freed from the tyranny of the fiend. St. Gregory, the Great, not being able to fast on Easter-eve on account of extreme weakness, engaged this Saint to go with him to the church of St. Andrew’s and offer up his prayers to God for his health, that he might join the faithful in that solemn practice of penance.

Eleutherius prayed with many tears, and the Pope, coming out of the church, found that he was enabled to perform the fast as he desired. It is also said that St. Eleutherius raised a dead man to life. Resigning his abbacy, he died in St. Andrew’s monastery in Rome in the year 585 A.D. His feast day is September 6th.

O God of great Compassion, infinite in Mercy and Love, grant that through the intercession of your holy abbot Saint Eleutherius, we may be protected and delivered from the slavery of the evil one.

We pray that we may serve You with sincerity and love and consecrate our lives to you, through Jesus Christ our Lord. Amen 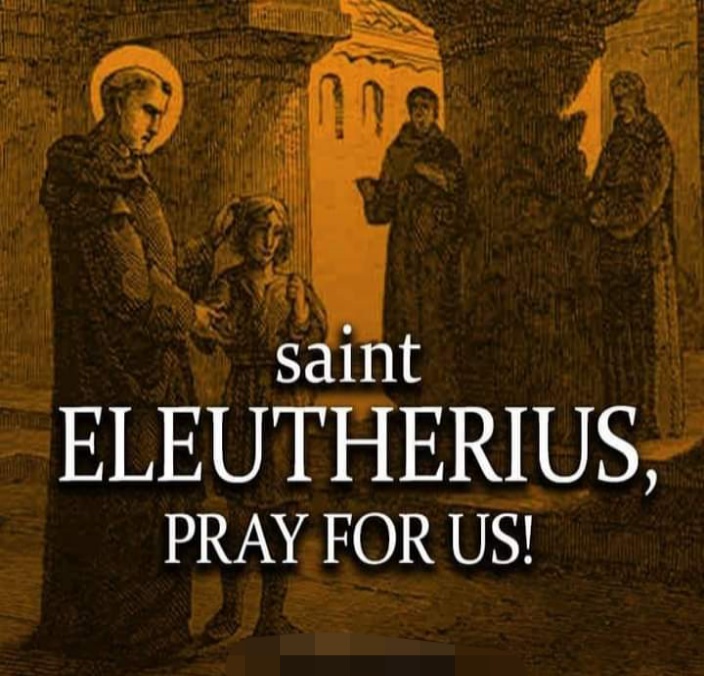 Saint Eleutherius, pray for us.