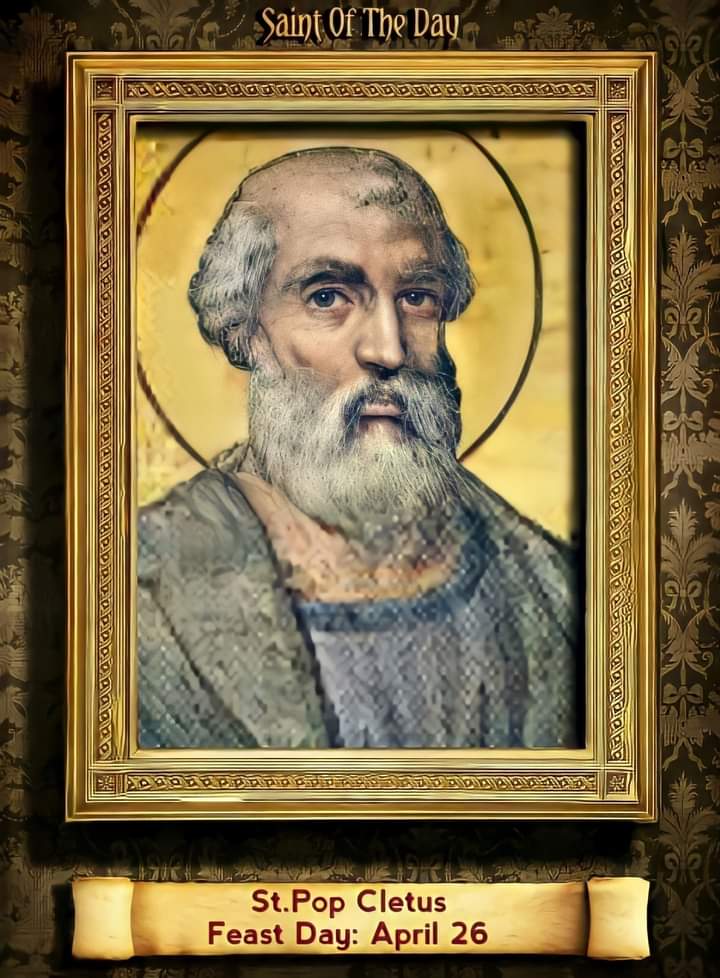 Pope Anacletus (died c. 92), also known as Cletus, was bishop of Rome, following Peter and Linus. Anacletus served as pope between c. 79 and his death, c. 92. Cletus was a Roman who, during his tenure as pope, ordained a number of priests and is traditionally credited with setting up about twenty-five parishes in Rome. Although the precise dates of his pontificate are uncertain, he died a martyr, about 91 AD.

Cletus is mentioned in the Roman Canon of the mass. His feast day is April 26. The Roman Martyrology mentions the pope as “Cletus”. The Annuario Pontificio gives both forms as alternatives. Eusebius, Irenaeus, Augustine of Hippo and Optatus all suggest that both names refer to the same individual. 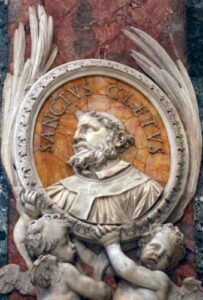 Cletus/Anacletus was traditionally understood to have been a Roman who served as pope for twelve years. The Annuario Pontificio states, “For the first two centuries, the dates of the start and the end of the pontificate are uncertain”. It gives the years 80 to 92 as the reign of Pope Cletus/Anacletus. Other sources give the years 77 to 88.

According to tradition, Pope Anacletus divided Rome into twenty-five parishes. One of the few surviving records concerning his papacy mentions him as having ordained an uncertain number of priests. He was buried next to his predecessor, Linus, near the grave of Peter, in what is now Vatican City. In the Divine Comedy, Dante mentions him as being placed in the “Heaven of the Fixed Stars” (Paradiso 27.41).

The Tridentine Calendar reserved 26 April as the feast day of Saint Cletus, who the church honoured jointly with Pope Marcellinus, and 13 July for solely Saint Anacletus. In 1960, Pope John XXIII, while keeping the 26 April feast, which mentions the saint under the name given to him in the Canon of the Mass, removed 13 July as a feast day for Saint Anacletus.

The 14 February 1961 Instruction of the Congregation for Rites on the application to local calendars of Pope John XXIII’s motu proprio Rubricarum instructum of 25 July 1960, decreed that “the feast of ‘Saint Anacletus’, on whatever ground and in whatever grade it is celebrated, is transferred to 26 April, under its right name, ‘Saint Cletus’.

Eternal God, we pray today, during the Easter Season, for restoration and revival of the fellowship of the Church, and for the leadership of the Church, of which Christ is the Head, on earth. We ask the Lord to guide all who serve the faithful, and that the Church community may continue to grow in faith and love, washed clean in the Resurrection of the Lord. In Jesus’ Name. Amen 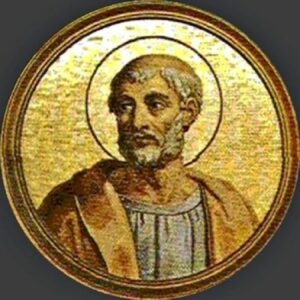 St Cletus, pray for us that we may become worthy to inherit the promises of Jesus Christ. Amen