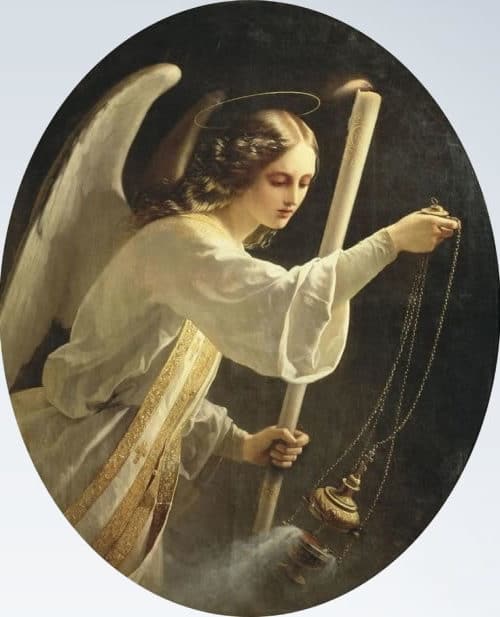 Then another angel came and stood at the altar, holding a golden censer; and he was given a great quantity of incense to offer with the prayers of all God’s people upon the golden altar in front of the throne. And from the angel’s hand the smoke of the incense went up before God with the prayers of his people. Revelation 8:3–4

O God, Eternal Father, your Sovereignty is established over the heavenly realms and the earthly domains, enveloping the entire universe and you abide with the angels and saints in the heavenly sanctuary which echoes eternally with songs of praise and worship of all the assembly of beings that reside in your glorious Presence.

Father, we have offended and grieved you repeatedly, despite warnings and the offering of the sacrificial Lamb, the flesh and blood of your own beloved Son Jesus, who came to lead and show us the Way to you. He has already redeemed mankind and obtained for us kinship through reconciliation with you.

It is therefore disheartening to see many still shackled to wickedness and segmented by various levels of arrogance, iniquity, rebellion and agnostic beliefs. Father God, we plead for mercy, as impenitent earth seems intent on invoking your wrath and inviting irredeemable punishment upon the inhabitants. The day of reckoning is drawing nearer and the earth is already reeling under the attack of a great pandemic with its terrible consequences.

Father, we are your erring children, save us from condemnation and the fiery shower of divine wrath before the impending and threatening storm breaks in fury upon this unrelenting world. Rescue us from damnation and give us deliverance, in Jesus’ Name we submit our humble petitions to you. Amen